“Let each of you look not only to his own interests but also to the interests of others.” Philippians 2: 4

This past Friday night, I found myself at my least favorite place in the whole world, the grocery store. Now, there are many of you out there who truly relish going to the grocery store. You may be one of those people who love to meal prep and cook and smell the scent of your own handiwork rising from your oven. Oh, how I wish I were one of those people. But, I was not in the grocery store on a Friday night because I was making something delightful for dinner, I was there because my brother was visiting and as the hospitable person I am, I was too lazy to buy the lunch meat he would need to eat the night before.

The problem with that is that I have become, over this past year of adulting on my own, a late person. This is not something I enjoy sharing. I was never a late person before, so it was startling to realize throughout months of showing up five minutes late to many occasions that I was turning into one of those terrible late people. And even though I know that being late is incredibly rude, I honestly just try way too hard to cram everything into the last minute.

Let me just send one more text, check one more post, finish one more conversation, etc., etc., and then I’ll leave. You may have been there before as you rush to work while putting on makeup or try to squeeze the last couple of minutes out of a particularly good TV show before meeting up with friends. Because of the busy life, I live, and because I just have not been able to budget my time accurately, I was a little bit late to welcome my brother home as I was standing in line to check out at the grocery store.

Most grocery stores are not my friend, but this grocery store was turning into hell on earth that Friday night. All the self-checkout lines were not working, which frankly should be illegal in this day and age. And to top it off there were only three lines open with some extremely slow-moving high school teenagers who were honest to goodness double bagging every single item before handing them over to the patron. So there I was waiting to be next in line, cursing myself and vowing to never be a late person again, when the lady in front of me decides it’s time for her to lose her mind.

Apparently, the predicament was over a mismarked product. As someone who had the distinct pleasure of working at a grocery store for a summer, I could tell by the way the woman used a clipped tone to ask about how much her laundry detergents had cost that she was a lost coupon away from going to town on this poor cashier. I had been there many times myself as various women and men had yelled at me about brownie prices and two for one deals.  Dear God, I prayed, please make this not turn into world war three.

“Is it really 12.99 for two laundry detergents?” she growled, “The sign says two for $10.” Here we go I thought wearily. This annoying woman was about to continue to ruin my Friday night. The line of what felt like a hundred people behind me stirred uneasily as her tone rose. I looked longingly at the self-checkout cursing myself again for being a late person. She went on for a good five minutes, the managers had to come over, and a lot of fuss was made. By the end, I wasn’t just angry, if I were a cartoon character steam would be starting to slowly come out of my ears as my face turned red.

Because, who did this stinking lady think she was? Why was she ruining everyone’s Friday night with her melodramatics? Couldn’t she think about the others who had to listen to her go on and on for ten minutes, for a second?  Eventually, because she had made such an unbelievable racket, she got her desired price, and it was finally my turn to be checked out by the slowest cashier alive for the lunch meat and four apples I had waited all of eternity it felt like to receive. As I exhaled in annoyance and stepped forward to finally get out of this awful place, I saw something that stopped me in my tracks.

The loud, annoying woman, as I had dubbed her, was pushing her heavy cart and also helping what appeared to be an almost blind woman push her cart out to their car. Though both of them appeared to be dressed well, I realized with a start that both had used food stamps to pay for their purchases. I saw the woman tenderly push her cart and turn around to help what must have been her sister who couldn’t see, steer her cart as well. I felt the pit of my stomach drop.

Because though I had just spent the last ten minutes cursing this woman, I should have been blessing her. I realized that I had reacted to the situation with my typical human impatience, instead of looking to God and seeing this as an opportunity to show love and grace to someone who desperately needed it. I had let my own lateness, and eagerness to get home, make me look down on another human who probably really couldn’t afford the laundry detergent at full price.

And here I was, not even worried about what my food would cost or the weekend ahead where I would be eating out plenty of times with my brother, rolling my eyes at her. Yes, she was loud and a little rude, but was that an excuse to give her my worst behavior? Had I treated her like I was a Christian living on mission for God’s kingdom like I acted at church, or did I treat her like everyone else in the store huffing and puffing and sighing loudly in annoyance?

This made me stop a second and reevaluate how often I bury my head to those around me and quickly judge them. Have I become someone who curses others when I am the one who showed up late, or because I let my pride tell me that they are less than me? I say that I am a Christian and that I want to show others God’s love through my actions, but as soon as someone is difficult, I throw in the towel.

So today, I encourage you and myself to pray for those who annoy us. For the ladies that give you grief at work, or the rude guy you bump into on your way to class, or the lady who raises a fuss at the grocery store.

As Monday is drawing to a close and the rest of the week is creeping forward, I encourage you to spend this week looking for opportunities to be God’s light to others. To maybe take a break from your cell phone, and look up at the people you are passing by on the sidewalk. To be intentional about paying attention and looking for opportunities to let our actions lead others to Christ. I’m ready to not only talk the talk of a Christian but to put forth more effort to walk the walk with those I am surrounded with every day. Can you say the same? 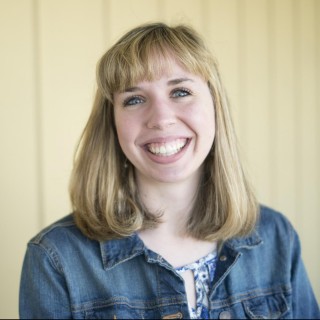 Rachel is the founder and voice behind Christian Girl Code. She hopes this is a space where you can curl up with some coffee, a comfy blanket, and go deeper in your relationship with Christ. When she is not writing, or working as a full-time website manager in Lancaster, you can find her exploring cafes, feeding her stationary addiction, and trying not to buy everything at Target.